On October 29th 2021, young people, land defenders, and allied activists across the globe took to the streets, calling on banks like RBC to #DefundClimateChaos in a global day of action. Young people called on RBC to stop funding the destruction of our future, and show solidarity with Wet’suwet’en Land Defenders.

Across the world, huge financial institutions like RBC are pouring money into expanding tar sands, fracked gas and coal production with no attention to the human rights of those impacted or the climate destruction these projects will lock in.

RBC is the biggest funder of fossil fuels in Canada, and 5th largest in the world. The company has poured over $200 billion into fossil fuel investments since the Paris climate agreement was signed. RBC is also financing the Coastal Gaslink Pipeline on Wet'suwet'en territory, along with the Line 3 pipeline that violates Ojibwe treaty rights, and countless other human-rights-violating and climate-wrecking projects worldwide.

On November 1st, the UN climate conference in Glasgow (COP26) will begin, with a focus on climate finance. This provides us with a crucial opportunity to pressure RBC into ceasing fossil fuel investment and respecting Indigenous rights.

Thank you for joining us on Friday, October 29th at 4pm outside of Royal Centre in Downtown Vancouver to demand that Canada’s worst offending bank, RBC, stop funding fossil fuels now, and respect the free, prior and informed consent of Indigenous peoples.

Masks are required (ages 3+). Vaccinations are highly recommended. Please stay home is you are feeling sick. 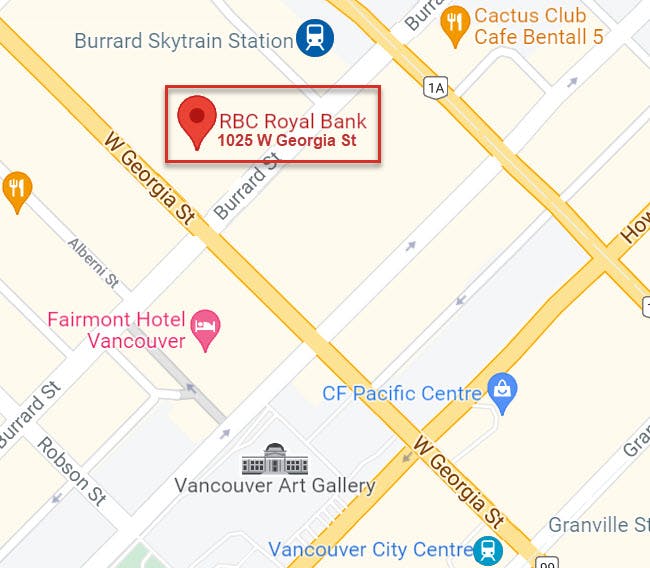 Stop supporting the banks that are not respecting Indigenous consent and funding a destructive industry. Can't switch? We've included more actions below!

Tell Your Pension to Divest

Write to Your Fund Manager →

Drop off a Letter at a RBC Branch